It was a gathering of eminent Nigerians from the six states of the north central geo-political zone of Nigeria, for the opening session of a two day North Central Zonal Dialogue on the state of the nation.

The event, which was organised by the Lux Terra Leadership Foundation in partnership with the Savannah Centre for Diplomacy, Democracy and Development, was held at the event hall of the Lux Terra Leadership Foundation, Abuja on Tuesday June 8, 2021, had in attendance four elected delegates each from Benue, Nassarawa, Niger, Kogi, Kwara and Plateau states.

This is the culmination of Lux Terra’s dialogue initiative with each of the states in the North Central zone, which began in April 2021.

In his welcome remarks Rev Fr George Ehusani, Executive Director of Lux Terra Leadership Foundation, lamented the current state of the Nigerian nation, characterised by failed governance, gross injustice and inequity, mutual acrimony and distrust, widespread insecurity and socio-economic dislocation, which have now given rise to the demand for self determination by segments of the polity. Fr Ehusani lamented Nigeria’s current slide towards state collapse. While expressing his conviction that all hope was not lost and that Nigeria is still redeemable, Ehusani called for intensive dialogue among all Nigerian stakeholders in order to save the sinking ship.

In their separate remarks John Cardinal Onayiekan, Chief Audu Ogbeh, Mr Labaran Maku and Hussaini Abdulrahman, called for justice, fairness, equity and inclusiveness as a panacea for peace, unity, security and prosperity for Nigeria and Nigerians. They also commended the patriotism and commitment of the delegates from the six states of the North Central geo-political zone who have converged on Abuja for the two day Dialogue Conference. 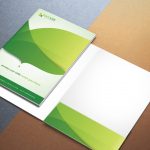 Call for Printing of Conference Materials and Documents 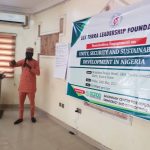