Federalism may mean different things to different people, but what appears to be constant about this political system is the intrinsic principle that distinguishes it from other systems. This principle, which where called the federal principle, has been defined as the ‘method of dividing powers so that the central and regional governments are each, within a sphere, co-ordinate and independent’. What is meant by ‘independent’ here is that each tier of government has its own independent functions and neither has supreme authority over the other. However, this view poses a problem of applicability because some measures of interdependence and cooperation are necessary for the successful operation of any given federal system or government.

2.     Nigeria, a previously unitary state, became a federation in 1954. Nigeria’s founding fathers desired a federal political framework, believing that federal states have the structural capacity to accommodate diversity. Besides this desire, there was also the presence of certain socio-economic conditions of insecurity and unemployment. However, the problem with this call has been the connotations it carries; and agitation for “true“ federalism or restructuring has gained more recurrent usage in our political lexicon in Nigeria, like poverty and corruption. The voices for a new form of federalism that will give more powers to the constituent parts of the federation and reduce the powers at the centre are getting louder and heading to a crescendo. The central concern, it appears, is how the national cake can be split more justly among the constituent units of the country.

3.     Opponents of the proposed new form of federalism support the status quo or, at best, may not support the old ways of running our federation but are suspicious of the new federalism being touted by the agitators, who they sometimes see as troublemakers or sympathisers of secession. The calls for a new form of federalism have polarised Nigeria. This polarisation has taken regional dimensions and seems to be creating a North/South divide. The history of these calls shows a general acceptance that the change from the status quo must be championed and brought about by the Federal Government, and the struggle for this change has been one that seeks to convince government at the centre not only to initiate restructuring and reforms to the country but also to bring them to fruition. Over the years, these objectives have remained the same. What has changed is the strategy and approach to achieving them.

4.     The apostles of a new federalism or proper fiscal federalism seem to have found a new route to their destination. This new traction, given force or driven not by ordinary people but by highly placed elected leaders and political operatives, have further widened the natural fault lines of the Southern, Middle Belt and Northern Nigeria. In this new unfolding scenario, the theatre of war is not some constitutional conference, constituent assembly, national conference or even the National Assembly, but through the platform of the states or in a more collective sense, the “southern states” through the instrument of the same Constitution that we know[1].

5.     These recent developments of state-sponsored push towards better fiscal federalism happened despite the relentless resistance of the Federal Government to hold on to the old system that is not working for the subnational units. This tendency towards more appropriate fiscal federalism has now reached an unprecedented height. The state governments are pushing for this from four different directions: Exercising greater financial power by seeking the collection of value added tax (VAT) and striving towards more internally generated revenue (IGR); establishing local security infrastructure that are parallel to federal ones; enacting anti-open grazing laws; and the pressure of southern governors for the zoning of the presidency to the South across all parties.

6.     It appears that restructuring or true federalism is a matter we cannot wish away. As matters stand today, it is a reality we must resolve for our country political system to move forward. The State governments seem to be forcing a new form of federalism on the centre by looking inward at the existing Constitution and enforcing their rights in areas hitherto seen as the exclusive preserve of the federal government such as center state relations, accountability and transparency, resource management, human rights, etc[2]. The ongoing constitutional review by the National Assembly needs to be swift, and continuous engagement and dialogue pursued so as to avoid a constitutional crisis such that will set Nigeria back another 61 years.

7.      The overall goal of this project is to promote constructive engagement and national restructuring aimed at strengthening national cohesion, good and accountable governance as well as inclusivity, justice and fairness in the Nigeria polity.

8.     The Policy discussions on the state of the nation will be actualized via a wide range of multimedia means (online) to galvanize voices from all works of life vis–a-vis  geo-political zones, this will afford citizens both home and in diaspora to contribute their views on The State of the Nation as regards the various topics.  The discourse is going to have 3 speakers discourse on 3 various topics as it relates to the theme of the event.

9.     The online forum/policy discussion is aimed at achieving the following objectives;

11.   The Proposed date of National Online Forum/Policy Discussion on the State of the Nation is Monday 13thof December, 2021 witha theme and 2 subtopics ie;

The search for true Federalism in the midst of Insecurity, Youth Unemployment and Economic Adversity 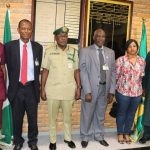 RE-ENGINEERING THE CORRECTIONAL SERVICE OF NIGERIA 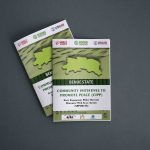